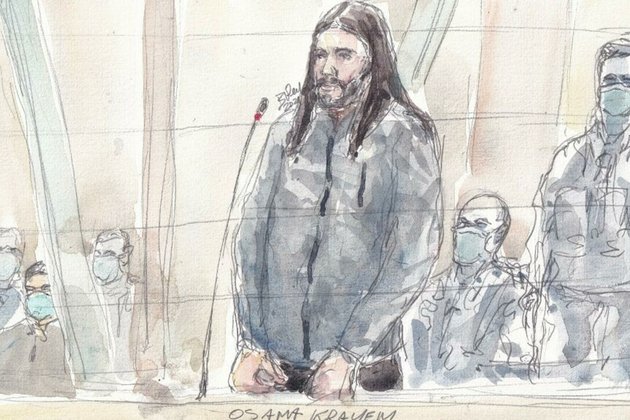 Osama Krayem, one of the accused in the Paris attacks trial, on Thursday refused to make any statement or answer questions on his religious convictions and his engagement with Islamic State in Syria. One witness did speak, glowingly, on his behalf.

Osama Krayem has been missing since November.

The court has grown used to his daily refusal to appear, followed by the formal summons required by French law, the continuation in his absence.

On Thursday, he was back. Tall, dressed entirely in black, with long, jet-black hair and deep brown eyes, Krayem is an imposing figure. And a silent one.

Earlier this month, in a letter read to the court by his legal representative, Krayem explained that he would take no further part in a trial which he believes to be a sham which will lead to his inevitable conviction.

The court on Thursday, therefore, fell back on the transcripts of police interviews with the accused.

Court president, Jean-Louis Periès, read from those statements, glancing occasionally at the man sitting silently in the prisoners' box.

"I would have liked to have heard your observations..." the president repeated at least a dozen times. The eyes of the accused flickered in his direction and then down.

An outline sketch, without detail

The picture which emerged is one we have already seen.

Osama Krayem had a happy childhood in a Lebanese Palestinian family established in Malmo, Sweden.

The young man inexplicably shifted from luke-warm to serious interest in Islam at the age of 20. Two years later, in August 2014, he left for Syria and the ranks of Islamic State.

Krayem rapidly rose within the caliphate from volunteer aid worker to elite fighter. He was injured in a coalition air raid. Using his savings of 37,000 euros, he bought an apartment in Raqqa.

He has been identified among those who witnessed the burning alive of a Jordanian air force pilot captured by Islamic State.

He worked in an IS explosives factory and is believed to have volunteered for a suicide mission in the Syria-Iraq war zone.

An attempt to flee?

Krayem has claimed that his return to Europe in the company of several terrorist attackers was actually an attempt to flee an organisation whose ideology he no longer supported.

As Jean-Louis Periès reminded the court on Thursday, that claim is contradicted by Facebook messages sent by Krayem to members of his family.

How the Islamic State ran its meticulous terror operation from Syria A grim warning, as Paris court hears testimony on the making of a terrorist

Krayem is suspected of having played a key role in the planning of the Paris attacks in November 2015, and in the Brussels bombings the following year.

Powerless before their client's silence, the suspect's legal team could do nothing more than call the court's attention to several glaring mistranslations from statements made in Swedish. The prosecution has agreed to verify the accuracy of the versions before the court.

Evidence from a humane hero

And then it was the turn of Pierre-Jean Stygelbout, the only witness who showed up to speak on behalf of Osama Krayem.

Stygelbout met the accused through his work as a volunteer teacher in the Belgian prison where Krayem has been held since his arrest.

Stygelbout described Krayem as having a stable, almost stoical, personality, not given to mood swings. The accused "disliked situations in which he would be seen to his disadvantage".

Krayem is anxious to honour the confidence of others; personal honesty is essential to him. He is generous, intelligent and capable of great humanity.

Asked by a lawyer representing the families of some of the Paris victims how he could associate generosity and humanity with a man accused of such terrible crimes, Pierre-Jean Stygelbout simply said "I chose not to consider him as barbaric. That's the only way forward.

"If we want to live in a democracy, then people had better speak in defence of the accused." 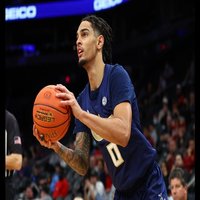 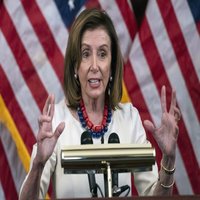