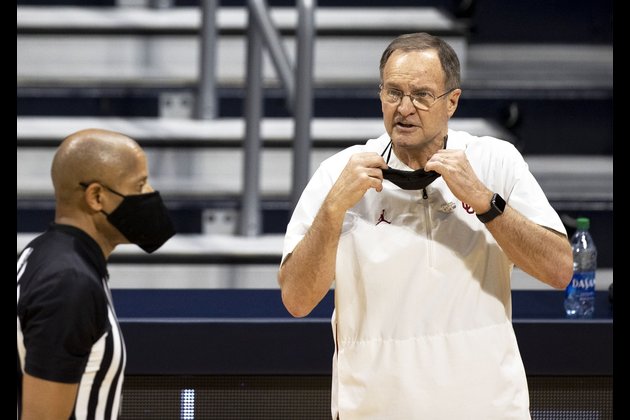 Elijah Harkless, who led the Sooners (7-2) with 16 points and forced overtime with a 3-pointer with two seconds left in regulation, missed a runner in the paint with 14 seconds left.

Simas Lukosius secured the rebound and proceeded to hit a pair of free throws to put Butler ahead by three with 12 seconds left. Umoja Gibson missed a game-tying triple from the top of the key for Oklahoma on the ensuing possession. Aaron Thompson hit one of two free throws at the other end to seal the victory for Butler.

Harris shot 10 of 21 and hit 4 of 7 three-pointers as Butler erased a 10-point halftime deficit.

Oklahoma went without scoring for eight minutes, during which it missed nine consecutive field goal attempts, until Jordan Goldwire scored with 14.7 seconds left on a drive to the hoop and drew a foul from Butler's Christian David. Goldwire missed the free throw and was forced to foul Lukosius to stop the clock with 13.1 seconds left.

After the Bulldogs inbounded the ball, Lukosius was fouled again and hit both free throws with 10.7 seconds left. But Harkless caught Butler off guard when he launched his corner 3 and sank it to force overtime.

Lukosius nearly hit a half-court shot at the buzzer at the end of regulation, but the ball hit the side of the rim.

Goldwire and Tanner Groves each finished with 10 points for Oklahoma.