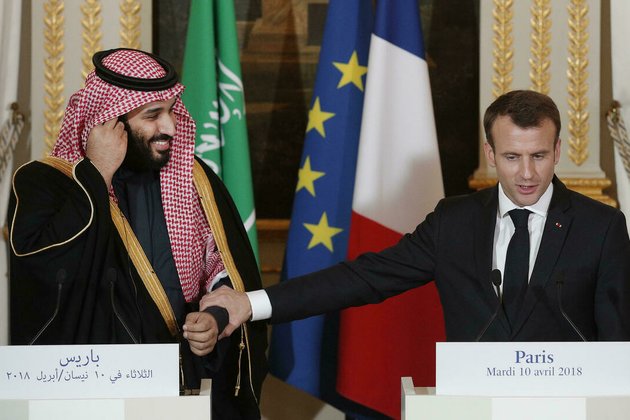 French President Emmanuel Macron arrived in Saudi Arabia on Saturday, becoming the first major western leader to visit the country since the murder of Saudi journalist Jamal Khashoggi in 2018.

He will be meeting the kingdom's de facto ruler, Crown Prince Mohammed bin Salman, as part of his Gulf tour. The two will discuss regional issues, such as Lebanon and stalled nuclear talks with Iran.

Khashoggi's murder sparked international outrage that continues to reverberate. But Macron said it was impossible to engage with the region while ignoring the powerful Saudis.

"Who can think for one second that we can help Lebanon and preserve peace and stability in the Middle East if we say: 'We're not going to speak to Saudi Arabia, the most populated and most powerful country in the Gulf'?" he told media in Dubai, the first stop of his tour.

"It doesn't mean that I endorse anything, that I've forgotten, that we're not demanding partners," he said, adding that he was acting "for our country and in the interests of the region".

On October 2, 2018, Khashoggi entered the Saudi consulate in Istanbul to file paperwork to marry his Turkish fiancee. According to US and Turkish officials, a waiting Saudi hit squad strangled him and dismembered his body, which has never been retrieved.