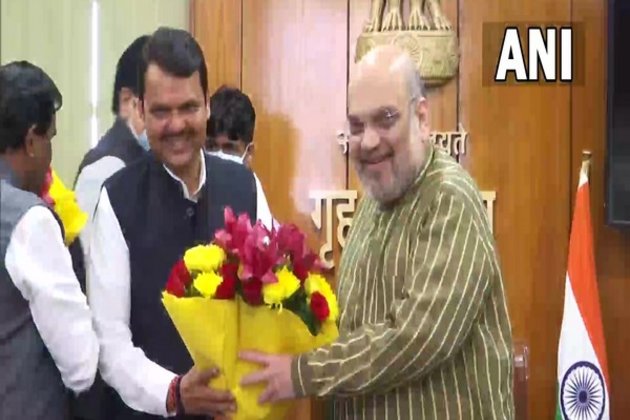 New Delhi [India], October 19 (ANI): Union Home Minister and Cooperation Minister Amit Shah on Tuesday chaired a key meet on various issues linked to sugar mills in Maharashtra and assured, "positive action by the Central government to remove bottlenecks" so as to ensure that sugar mills and farmers do not suffer in any way.

The meeting started at North Block at 4 pm with a delegation under the leadership of Union Minister of State for Coal Raosaheb Patil Danve and former Maharashtra Chief Minister Devendra Fadnavis. Sugar mill representatives from Maharashtra also took part in the meeting.

Among various issues that came up during the meeting include frequent Income Tax notices to the sugar mills who have paid more than the Fair and Remunerative Price (FRP) rates, and matters related to ethanol, capital gains as well as back dates.

The delegation also demands loans restructuring of sugar mills that faced various problems in the past.

Speaking to the media after the meeting, Devendra Fadnavis said "we held a meeting with Union Cooperative Minister Amit Shah under the leadership of Central Minister Raosaheb Patil Danve regarding issues of sugar mills in the cooperative sector of Maharashtra".

"Many issues have come up in the meeting. Among these, the issue of Income Tax of sugar mills was very important. Income Tax department issues frequent notices to the sugar mills that have paid more than the Fair and Remunerative Price (FRP) rates. It causes a lot of trouble for the sugar mill owners.

The minister has taken a very positive stand on this issue. The minister has said that the central government will go ahead with positivity if the sugar mills and farmers do not suffer in any way," Fadnavis said.

The former Maharashtra Chief Minister said that issues regarding ethanol, capital gains, back dates, were also raised and the Cooperative Minister showed a very positive attitude.

"I think that today's meeting will prove to be a milestone in a way for the sugar mills of the cooperative sector and their bottlenecks will be largely removed."Explaining issues being faced by sugar mills, Fadnavis said: "Co-Operative Sugar Mills got into a lot of trouble in the last two to three years due to unseasonal rains, drought and somewhere there was no agriculture. There was a Covid impact also. Sugar mills have a short margin. And when the bumper crop production comes up and the sugar mills do not work at that time, it hurts a lot. So, all sugar mills should run."Fadnavis said we also demanded the Cooperative Minister to help in loan restructuring of sugar mills and he assured us that "the Central government will go ahead on this issues".

Mentioning discrimination politics in Maharastra, Fadnavis said: "The people of the ruling party who have sugar mills are helped out of the way and the rest are shown the rules. So, we said that there should be a level playing field and a package should be ready for everyone under which these sugar mills can be brought on one line through restructuring."On the ethanol issue, the leader said that the Minister assured us a very good solution under which a tripartite agreement with oil industries will be done. "The balance sheet will be different and the same will be considered as a guarantee and finance will be given to the particular sugar mill in that case. So through this means the sugar mills will also come out of the bottleneck and the whole production will also increase." (ANI)